Class 73A is an electric motor coach consisting of four carriages, three of them with traction.

The train sets are produced by ADtranz at Strømmen Værksted in Norway. It has been delivered 16 train sets 73A for long distance standard with restaurant area.

This train class are servicing as regional trains at the Søiland Railway and the Dovre Railway.

The train sets are built with active heeling and secured pressure. Class 73 was the first mass-produced train type with heeling mechanism in Norway. 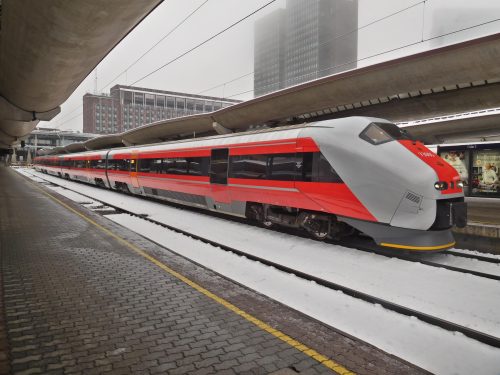