Class 72 is an electric motor coach with five carriages and traction on two carriage.

The train class is used as commuter trains in the Eastern part of Norway and on the Nær Railway.

The train sets are designed by Pininfarina, has large windows og connected single-shaft running gear between the carriages. Class 72 was the first low-floor train class in Norway. 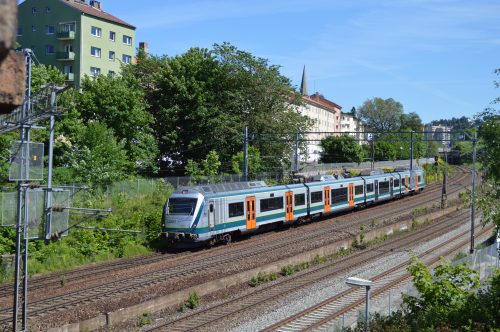