Class 69C II is an electric motor coach consisting of 3 carriages with traction on one of the carriages.

The trains sets are produced by Strømmen Værksted and NEBB/ABB. In Total, 14 train sets of Class 69C were produced and delivered between 1975-1977. The middle carriage was produced and retrofitted in 1992-1993.

A technical and interior upgrade were completed in 2009-2011.

This train class is used as commuter trains at the Eastern part of Norway.

The train sets have good acceleration and has large passenger capacity. Class 69 was the first Norwegian train class with thyristor control with central connection. 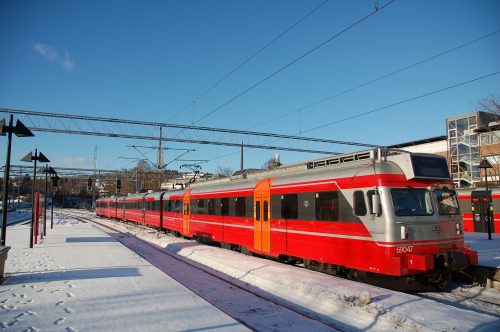